Europe is among the most popular destinations for tourists all year around. The ancient architecture, baroque buildings, stunning nightlife, the beautiful rivers where they are situated and the awe-inspiring landscapes during sunrise create magic. If you are planning to visit Europe this year, you should definitely include these cities in your list. They are an eclectic mix of modernism and ancient traditions and architectures that make these places must-visit at least once in your lifetime. 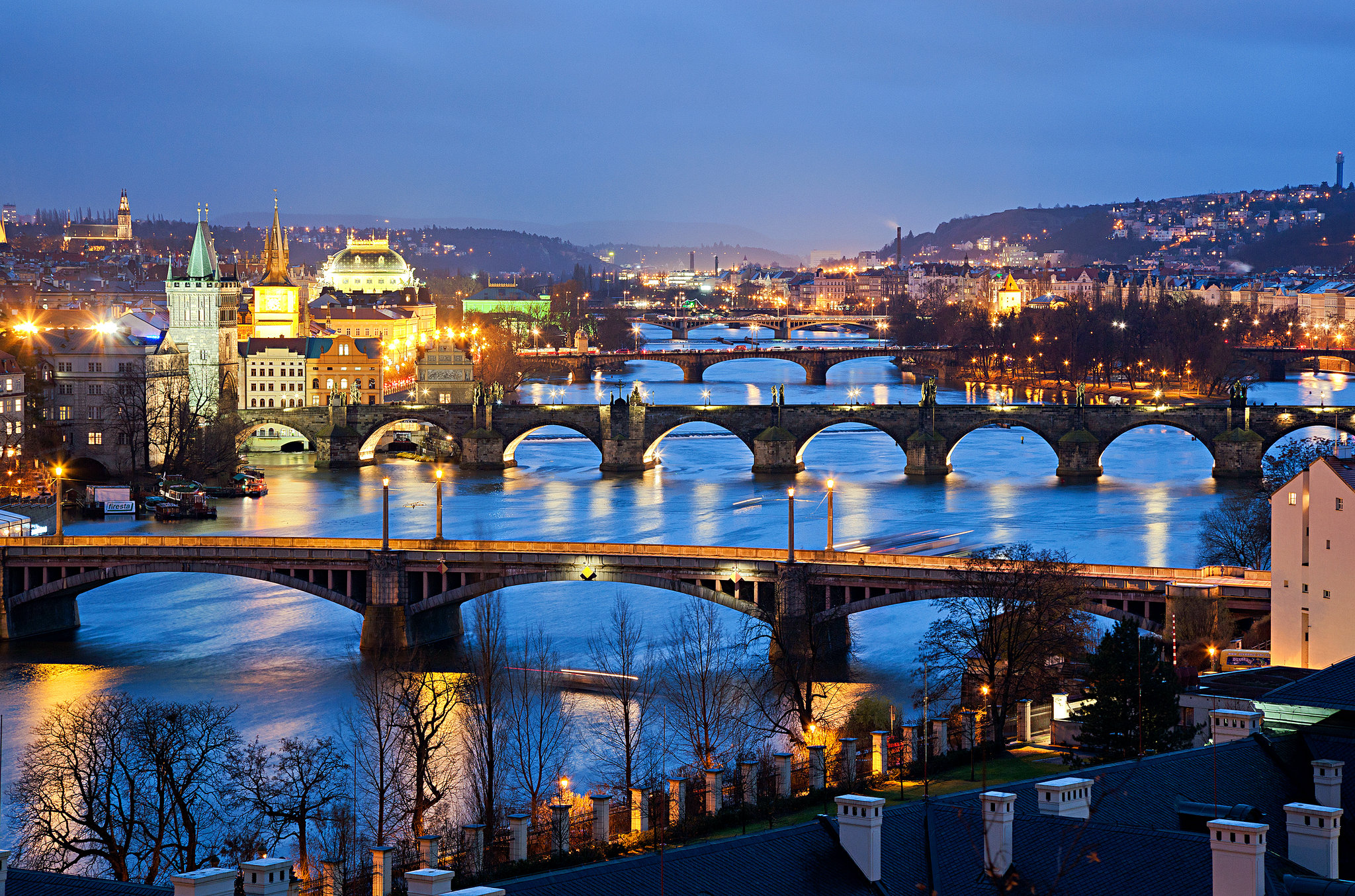 Prague, capital of the Czech Republic, is bisected by the Vltava River. It has been nicknamed “the City of a Hundred Spires,”. With colourful baroque buildings at the Old Time Square ,Gothic churches and the medieval astronomical clock and a popular show , it makes for a must visit destination when traveling to Europe.
Other point of interest,apart from the medieval astronomical clock and The Old Times Square is the pedestrian Charles Bridge which is lined with 30 statues of saints Romanesque chapels and cellars, Gothic cathedrals, Baroque palaces and gardens, worldly Art Nouveau buildings, and unique Cubist architecture that make it a place with no parallel in the world.

It is a city in NE Italy and is located in the marshy Venetian Lagoon. Venice is known for the beauty of its setting, its architecture and its artworks. Venice has been the setting for numerous films, novels, poems and other cultural references. Venice is the consummate magician. It has marble palaces, labyrinthine calli (streets) and can turn ordinary people into fantastical, masked creatures. Just like its world-famous Carnevale, Venice thrives on mystery and awe, from the secret passageways that riddle Gothic Palazzo Ducale, to the esoteric powers of the Basilica di Santa Maria della Salute, to the inexplicable radiance of Titian’s Assunta altarpiece. 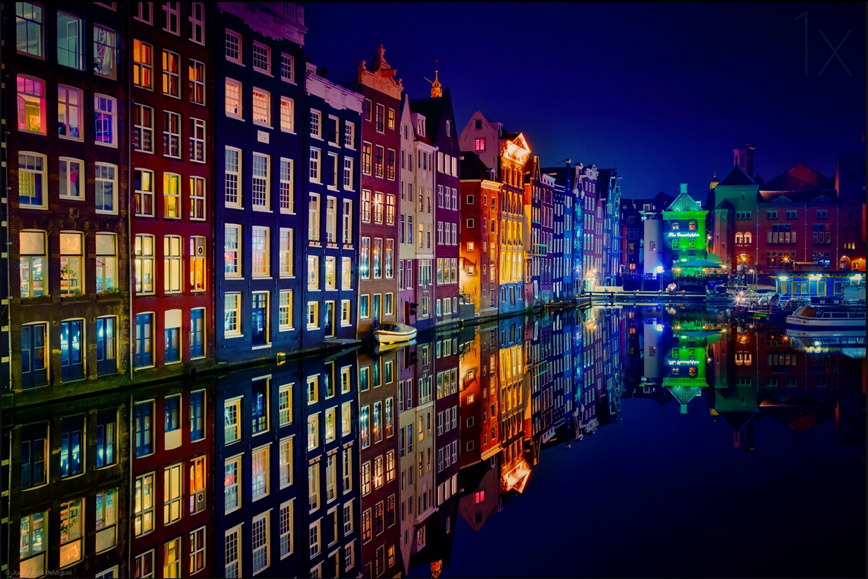 It is the capital city of the kingdom of Netherlands and is also the cultural capital of Netherlands. The medieval and colonial age canals of Amsterdam, known as Gratchten, embraces the heart of the city where homes have interesting gables. Amsterdam is one of the greatest small cities in the world. From canals to world-famous museums and historical sights, it is one of the most romantic and beautiful cities in Europe. Canal cruises are a popular way to see the city from the perspective of its canals.
The Rijksmuseum with its magnificent exhibit of more than 8000 works, including those of masters Rembrandt, Vermeer and Rubens, is today one of Amsterdam must-see attractions. 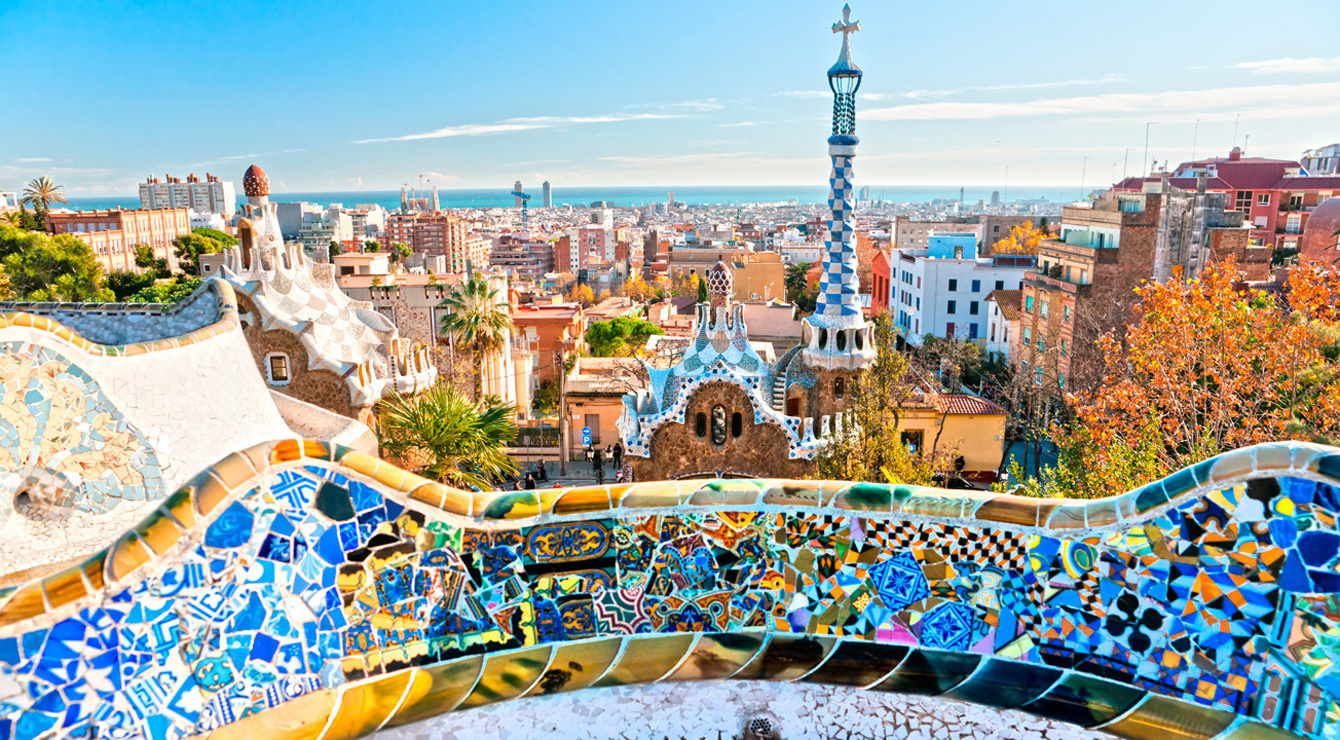 With a history among the oldest in Europe, Barcelona, an inland full of charm not to forget beautiful beaches in La Costa Brava is an important tourist destination The variety of artistic treasures, the Romanesque churches and the great names in modern art and architecture , Dali, Gaudi, Miro, Picasso all are associated to this beautiful place.
Barcelona sited between the sea and the mountains, has the reputation of being the most cosmopolitan, modern and avant-garde city in Spain. Audrey Hepburn has rightly put it – “Paris is always a great idea”. With numerous iconic landmarks, like The Louvre, the Arc de Triomphe, Notre Dame Cathedral, Eiffel Tower, Paris is the most popular tourist destination in the world with 45 million tourists visiting annually. Dubbed the City of Light (la Ville Lumière) and Capital of Fashion, it is home to the world’s finest and most luxurious fashion designers and cosmetics, such as Chanel, Dior, Yves Saint-Laurent, Guerlain, Lancôme, L’Oréal, Clarins, etc. A large part of the city, including the River Seine, is a UNESCO World Heritage Site. 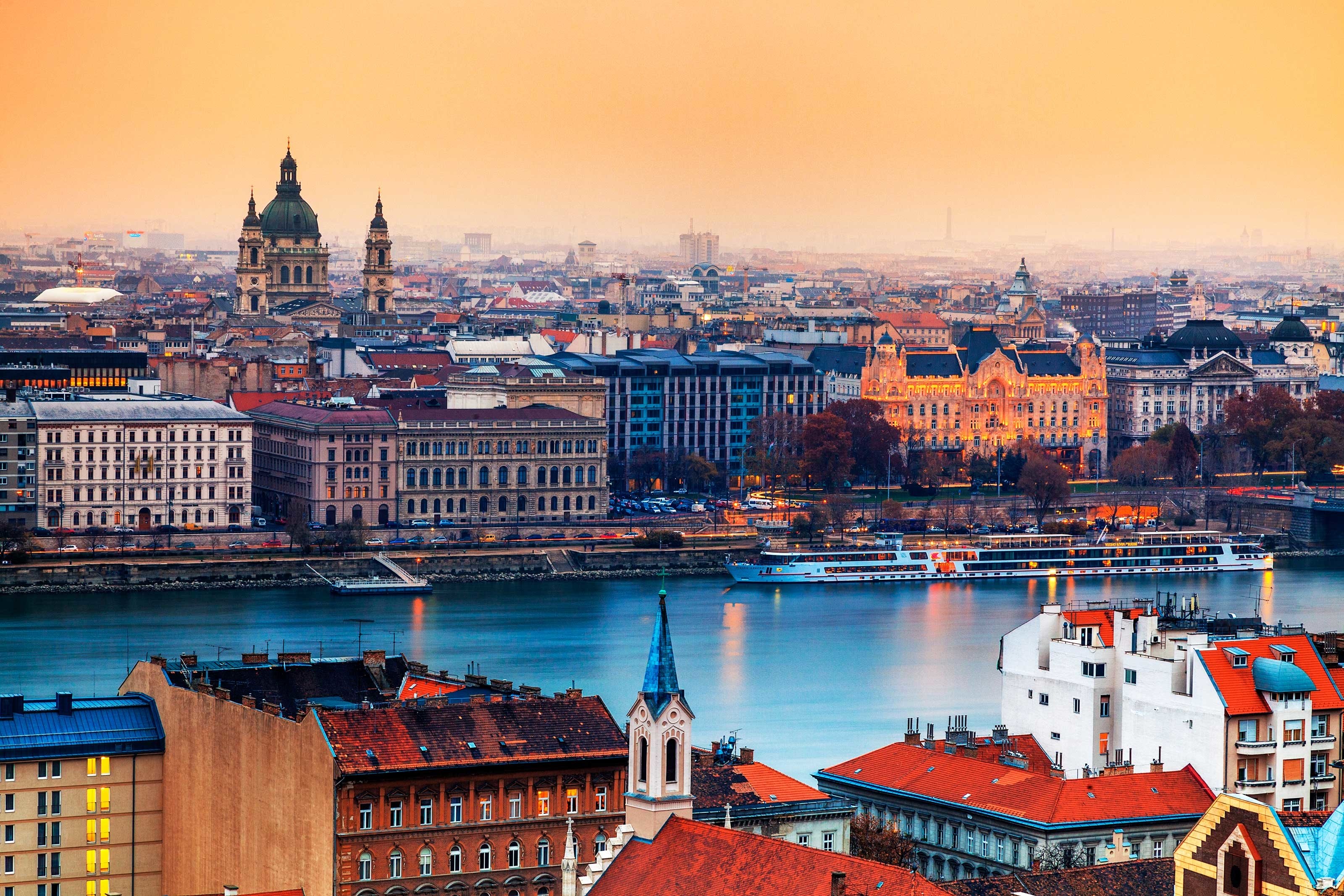 It is the capital city of Hungary. With a unique, youthful atmosphere, a world-class classical music scene as well as a pulsating night life increasingly appreciated among European youth and an exceptionally rich offering of natural thermal baths, Budapest is one of Europe’s most delightful and enjoyable cities. Due to its scenic setting and its architecture it is nicknamed “Paris of the East”. This city of spas offers an astounding array of baths, from the sparkling Gellert baths to the vast 1913 neo-baroque Szechenayi spa to Rudas spa, a dramatic 16th century Turkish pool with original Ottoman architecture. Due to the cultural and architectural heritage of the banks of the Danube river, it was added as UNESCO World heritage site in 1987. With the Buda Hills to the west and the Great Plain to the east, Budapest is a gem of a city. The city is blessed with an abundance of hot springs. As a result, ‘taking the waters’ has been a Budapest experience since the time of the Romans.

Salzburg is the birthplace of the famous music composer Mozart. Explore Alstadt(old city) for its baroque architecture. Tourists also frequent the city to tour the city’s historic center and the scenic Alpine surroundings. In the mid‑20th century, the city was the setting for the musical play and film The Sound of Music. In fact there are many notable places apart from Mozart’s birth place like Salzburg cathedral, Hohensalzburg castle which is one of the largest castles in Europe, Nonnburg abbey, St. Petersburg abbey. Outside of old town there is Mirabell palace, Hellbrunn with its parks and castles. Skiing is an attraction during winter. Florence’s museums, palaces, and churches house some of the greatest artistic treasures in the world. It also contains numerous museums and art galleries, such as the Uffizi Gallery and the Palazzo Pitti but when you grow weary of museums and monuments, spend a day at the Boboli Gardens or climb the hill to the church of San Miniato al Monte to experience an enchanting view of Florence.

You can easily plan a trip to all the above destinations in Europe
using MyTripKarma.com

0 thoughts on “8 must-visit cities in Europe”

Error: (#10) This endpoint requires the 'manage_pages' or 'pages_read_engagement' permission or the 'Page Public Content Access' feature. Refer to https://developers.facebook.com/docs/apps/review/login-permissions#manage-pages and https://developers.facebook.com/docs/apps/review/feature#reference-PAGES_ACCESS for details.
Type: OAuthException
Code: 10
Please refer to our Error Message Reference.