In Part 1 of our 3-part Travel Guide to Rio Olympics, we discussed about the Olympic venues, the major attractions in Rio, places for shopping in the city and places near Rio to escape to, which are more peaceful and offer an equally breathtaking landscape away from the energy sapping madness of the activities in Rio.

In this part we will talk about accommodation and transportation options in Rio that will help you commute easily to the games venue as well as some of the major attractions in the city.

So if you are serious about visiting Rio for the Olympics then don’t procrastinate. Travelers who are interested in attending the games are advised to start planning and booking as soon as possible.

The 2016 Olympic Games are fast approaching, with the Opening Ceremony taking place on August 5th, and the Paralympic Games kicking off on September 7th.

Despite the higher prices and mad rush to secure tickets to events, the grand spectacle of the Olympics are sure to be worth it. Rio has proven its capacity to successfully host large events, with the 2014 FIFA World Cup and the yearly Carnival celebrations. Add this to the spectacular tropical backdrop, and one has the recipe for a truly special Summer Olympics.

(This information has been picked up from hiddenpousadasbrazil). Check out the website for more information.

Any frequent traveler to Rio would find it very easy to navigate the city and if you are conversant with Portuguese it would be a cherry on the cake. There are a number of public transportation options in Rio de Janeiro, including city buses, executive buses (Frescao), the subway (metro), vans and even a Ferry service. Given that Rio is a very cosmopolitan city, the transportation prices are very cheap.

Arriving at Rio by Air 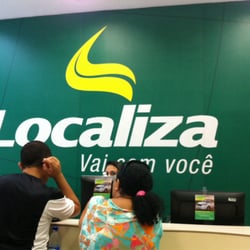 This concludes the second part of our Olympic Special. In case you missed the first part, you can access it here – Complete Travel Guide to Rio Olympics 2016: Part 1.

So we’ve covered What to See, What to Do, Where to Stay and How to Get Around. In the third and final part we’ll guide you on What to Eat and Where to Eat. Rio is famous for several awesome dishes and in the final post we’ll tell you how to eat like a local. We’ll also show you how you and your pals can use MyTripKarma.com to collaboratively plan your visit to Rio, so stay tuned!

You can easily plan your entire trip to Rio using MyTripKarma. It’s a one-stop-shop for all your travel needs, allowing you and your friends to plan all your trips together in one place. Just Log on to MyTripKarma.com today or download the free app to start planning your next trip!

0 thoughts on “The Complete Travel Guide to Rio Olympics 2016: Part 2”