You must have experienced many train journeys in your lifetime but we bet that a journey on any of these trains that we have come up with, will actually make your heart pound harder even if you are not an adventure lover. You need nerves of steel and a real strong heart if you wish to look out of the window to see some really electrifying and nerve-racking deep gorges, steep descents and even volcanoes very close to  you.

Take a look at some of these terrifying yet adventurous train routes around the world.

The train chugs along Mt. Aso,  which is Japan’s biggest active volcano. What makes it scarier is the fact that it keeps erupting occasionally and smoke can usually be seen coming out of it and the train runs in close proximity of the volcano.

The train runs between Takamori and Tateno station in Minami aso.

Tren a Las Nubes or ‘The train to the clouds’ passes through the Andes mountain range and is the third highest railway in the world. With 29 bridges, 21 tunnels,  two spirals and two zigzags between Argentinian cities, Salta and Polvorilla including a 224m long viaduct that is 13,850 ft above sea level making it really an really adventurous journey. 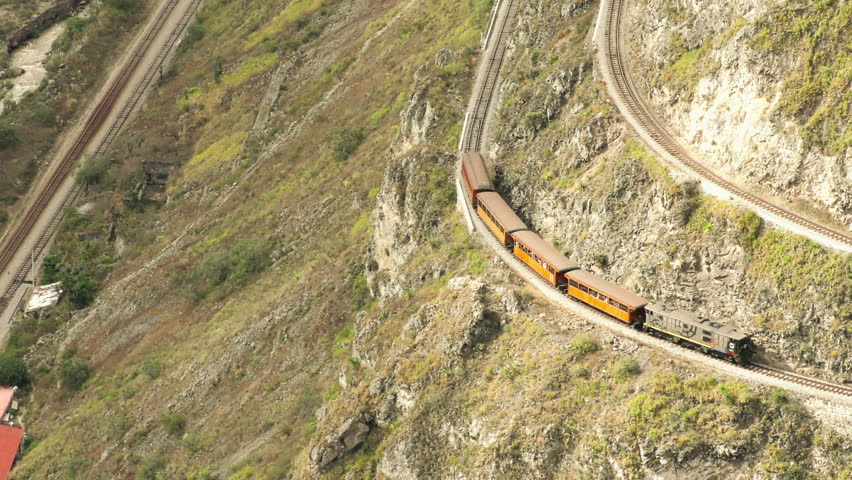 It connects Alausi and Sibambe and is one of the greatest engineering achievements of the olden times. From Alausi the train chugs down rocky slopes and deep ravines and has an almost a kilometer of vertical descent that is heart stoppingly scary. Earlier, people were allowed to sit on the roof of the carriages which used to be very dangerous but now sitting on the roof is not allowed.

This narrow guage railroad connects the port of Skagway , Alaska with Whitehorse, the capital of Yukon and is an International historic engineering landmark and was built during the Klondike Gold Rush. The climb is almost 3000 ft in just 20 miles. Witness the beautiful waterfalls and fantastic scenery and hugs the steep sides of the mountains and is not for the faint hearted.

Its a bridge built on the Palk Strait connect mainland India with Rameswaram and is a 2km long stretch. It rests on concrete piers but a small section in the middle can be raised to allow ships to pass. Very strong ocean currents and harsh weather conditions make it very dangerous for traveling.  There have been many accidents on this route in the past and in one such accident the whole train got swept away by the storm.

In 2005, Nilgiri mountain railway , Tamil Nadu was added by UNESCO as an extension to the World Heritage Site. Between a distance of 26 kms it travels through 208 curves, 16 tunnels, 250 bridges and it has the steepest track in Asia which is sure to give you goosebumps.

The train moves along steep cliffs and rickety bridges and its construction has a really awful history. Its construction caused deaths of hundreds of thousands of laborers and prisoners of war. Looking out of the window when the train passes through old wooden bridges is a bone chilling experience.

It runs from Cairns, Queensland to a town called Kuranda and along the way you can witness steep ravines and beautiful waterfalls. It’s an intriguing journey with the train winding in and out of tunnels and bridges and makes for an amazing and adventurous train ride.

Try MyTripKarma.com for your next trip. It’s a one-stop-shop for all your travel needs, allowing you and your friends to easily plan, discuss, organize and book all your vacations, weekends and evenings in one place! Sign up today to get started!

0 thoughts on “8 Terrifying Train Journeys around the World”