Planning a trip to a country with as much variety as Vietnam, you’ll be amazed how quickly a ten-day trip will fly by. Of the many highlights that take some doing, sampling the street foods, reviving a bygone mystic era at Hoi An or sailing through the limestone islands in Halong Bay are just some of the major experiences this fascinating country has to offer.

The sweeping boulevards and grand state architecture with evident Gallic influence speaks volumes about the impact of French colonization on Vietnam from mid-19th century for more than six decades. The crusty baguettes are still thus available in almost every corner of the nation. Recent recovery in Vietnam’s economic sector makes it less obvious of the war’s impact and the consequential poverty that once had put the country in dark, but is certainly not forgotten.

Vietnam’s largest and most chaotic city, Ho Chi Minh City, or Saigon as it’s popularly called, gives a glimpse of the Vietnamese life. Here’s a fun fact for you: The city has eight million two wheelers against a population of eleven million! Studded with gleaming corporate towers, the city can be seen as an emerging MICE destination with an impressive skyline.

Wandering along the Dong Khoi Street, which are formerly known as Rue Catinat brings out the oriental feeling and narrates the story of the city’s colonial past. The War Remnants Museum is one of the best places to gain a proper insight of the country’s plight during the Vietnam War. If you want a more vivid sense of the claustrophobic living conditions for the soldiers, head towards the Chu Chi Tunnels. 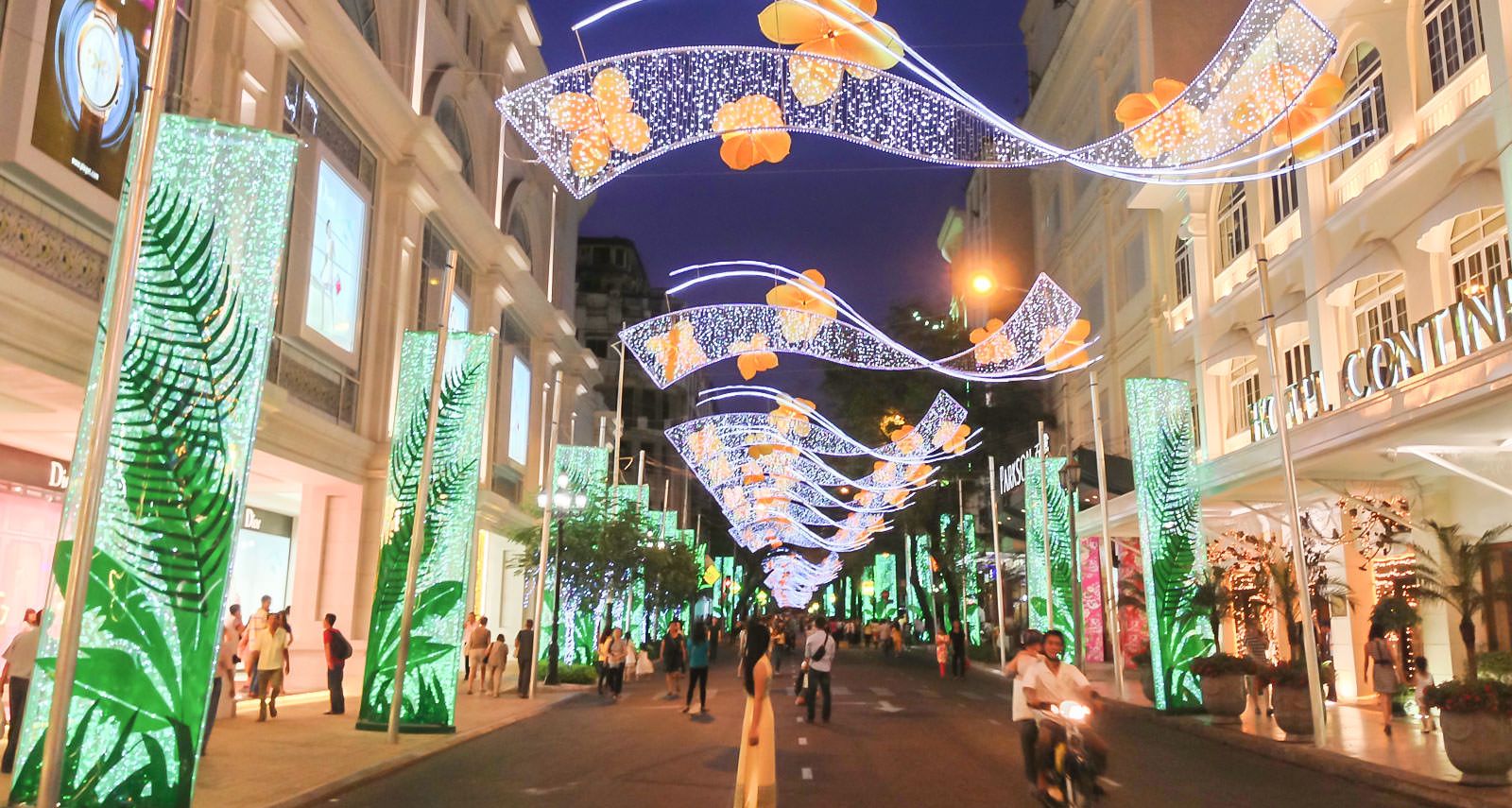 For a fresher mood, move towards the Mekong Delta where one can sample the locally grown fruits and veggies available in the floating markets. The amazing tenacity of the folks would make you wonder how lives strive at the mighty mouth of Mekong! 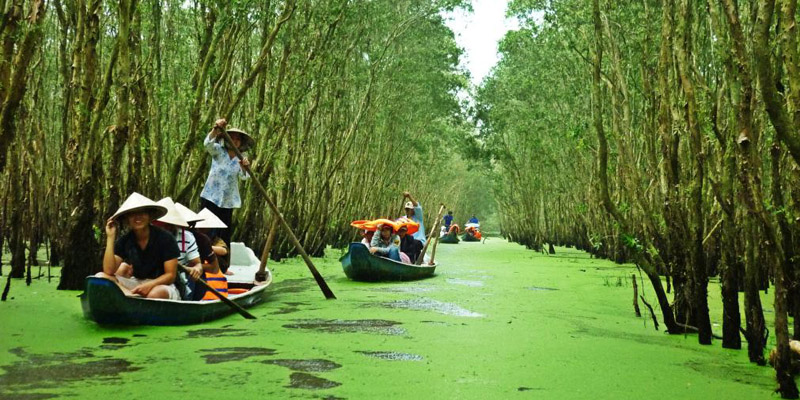 Hue and Hoi An

Whether you ask Vietnam connoisseurs or a one-time visitor to the country, “you-must-go-to-Hoi An” will be a common advice. Sweetly nicknamed as Venice of Vietnam, which once drew European, Chinese and Japanese merchants for trading silk, porcelain, paper, spices and more, is now more of a calling to the backpackers around the world.

If you have a sense of appreciation for the Chinese assembly hall entrance gates amalgamated with Japanese roof shapes, Hoi An would certainly be an interesting place for you. Undeniably a major tourist attraction of the country, Hoi An has three short streets running parallel to the sleepy river. 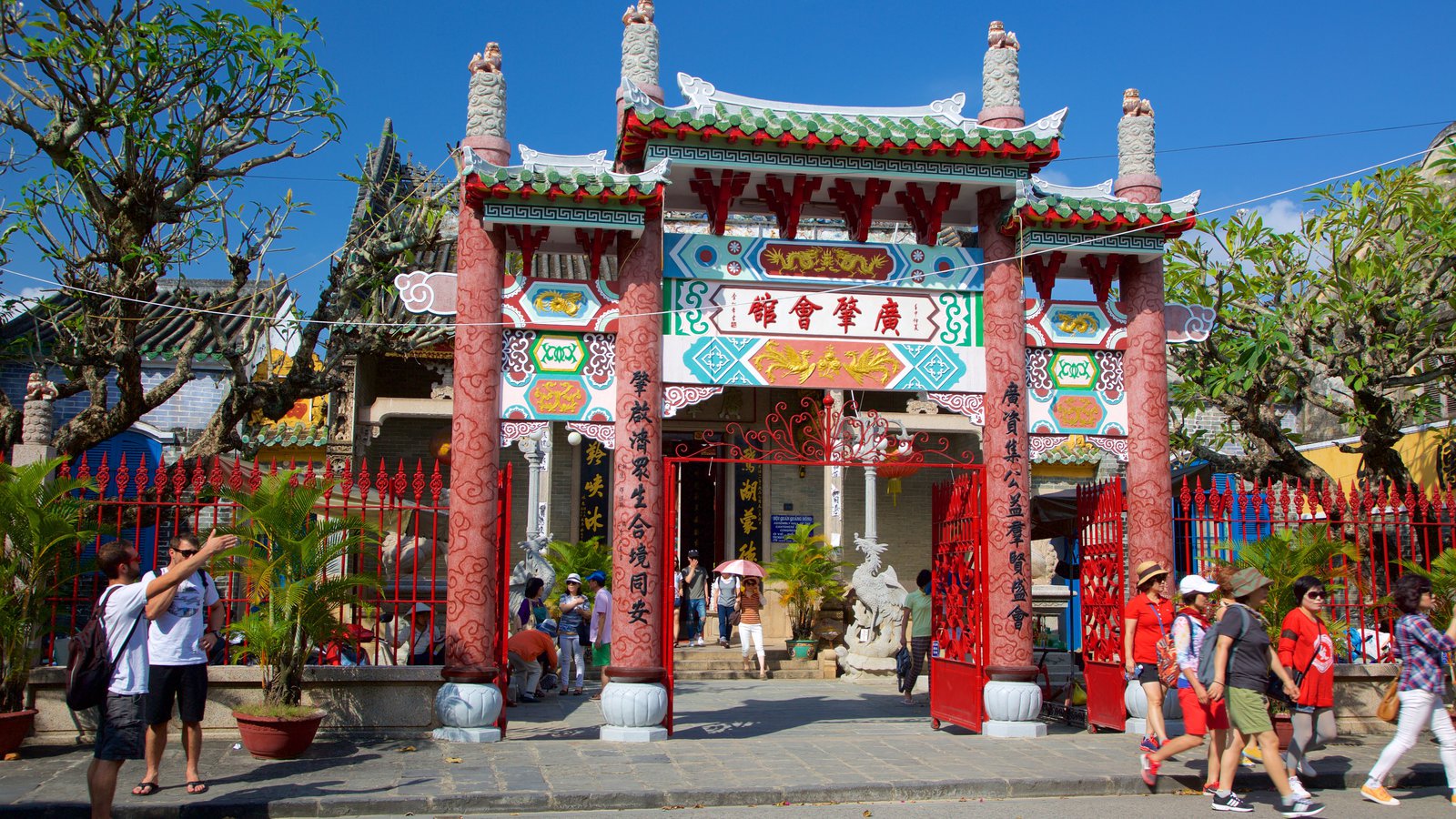 Hue was once the imperial capital which today is a UNESCO World Heritage Site – unfortunately though it has lost many of its architectural gems at the time of war. Thien Mu Pagoda and the Tombs of the Emperors are two places worth visiting. The journey from Hue to Hoi An is an exemplary picturesque countryside trail. 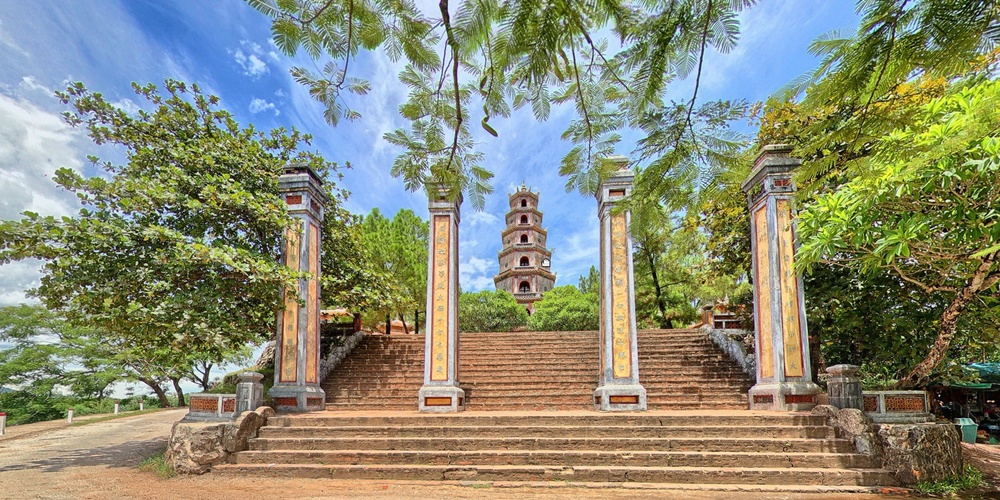 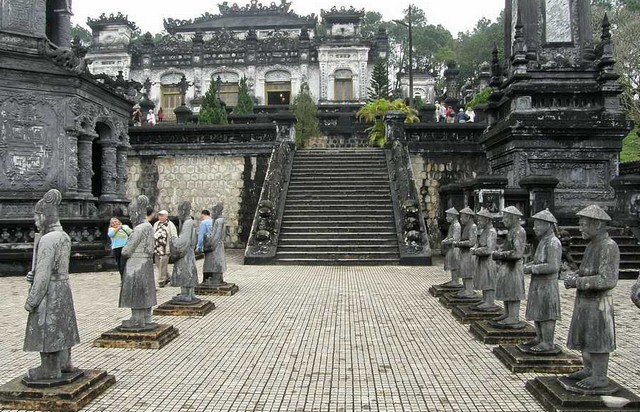 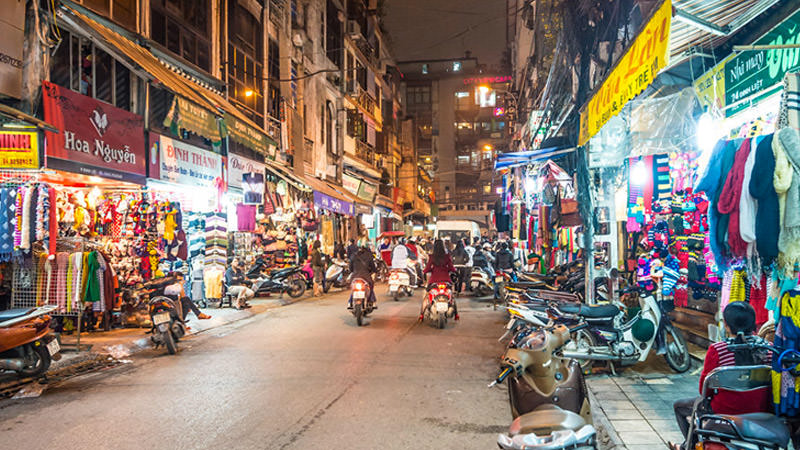 Heading towards the north of the country is the capital city of Hanoi. It is the entry point for those who plan for a trip to the craggy islands of Halong Bay. The focal point of the city is the Hoan Kiem Lake but also has faded colonial buildings and French Quarter’s boulevards. Huong Vuong has the embalmed body of Ho Chi Minh who is called the father of modern Vietnam. 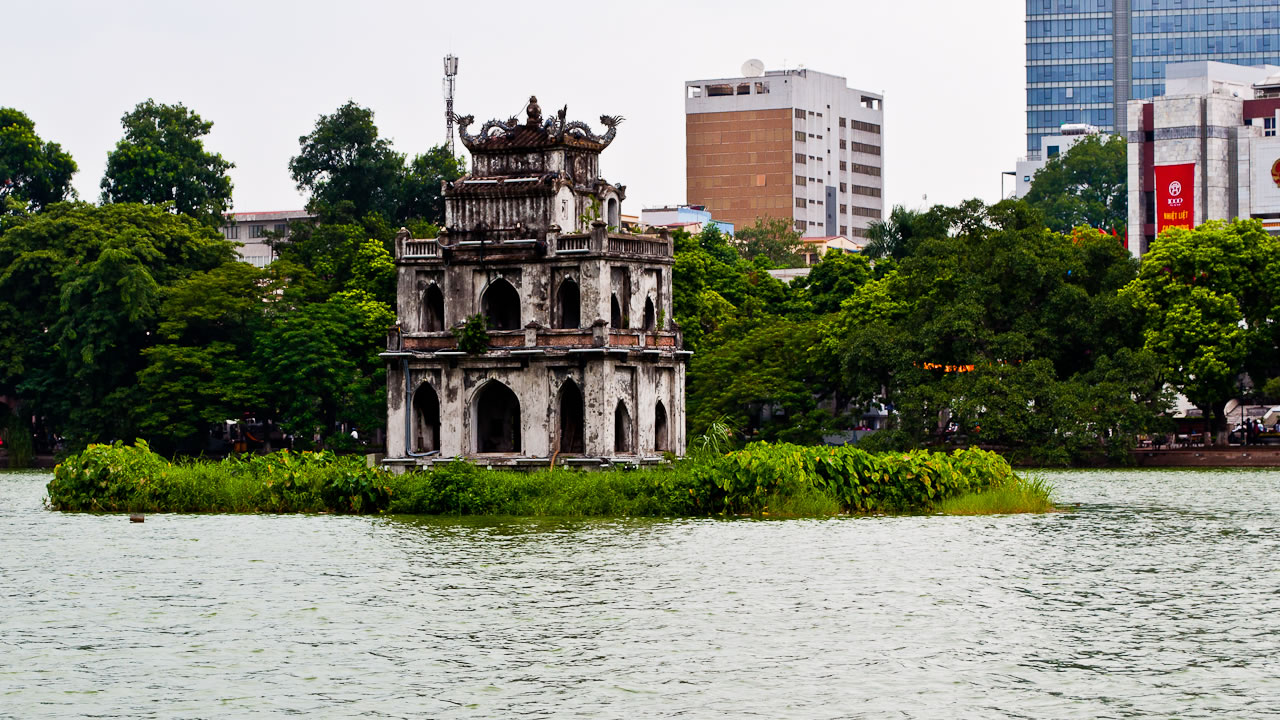 The Temple of Literature or as locally called Quoc Tu Giam is as old as 1070. One of the few standing remnants of Hanoi’s Citadel is the Doan Mon Gate which was crowned as a World Heritage Site by Unesco in 2010. 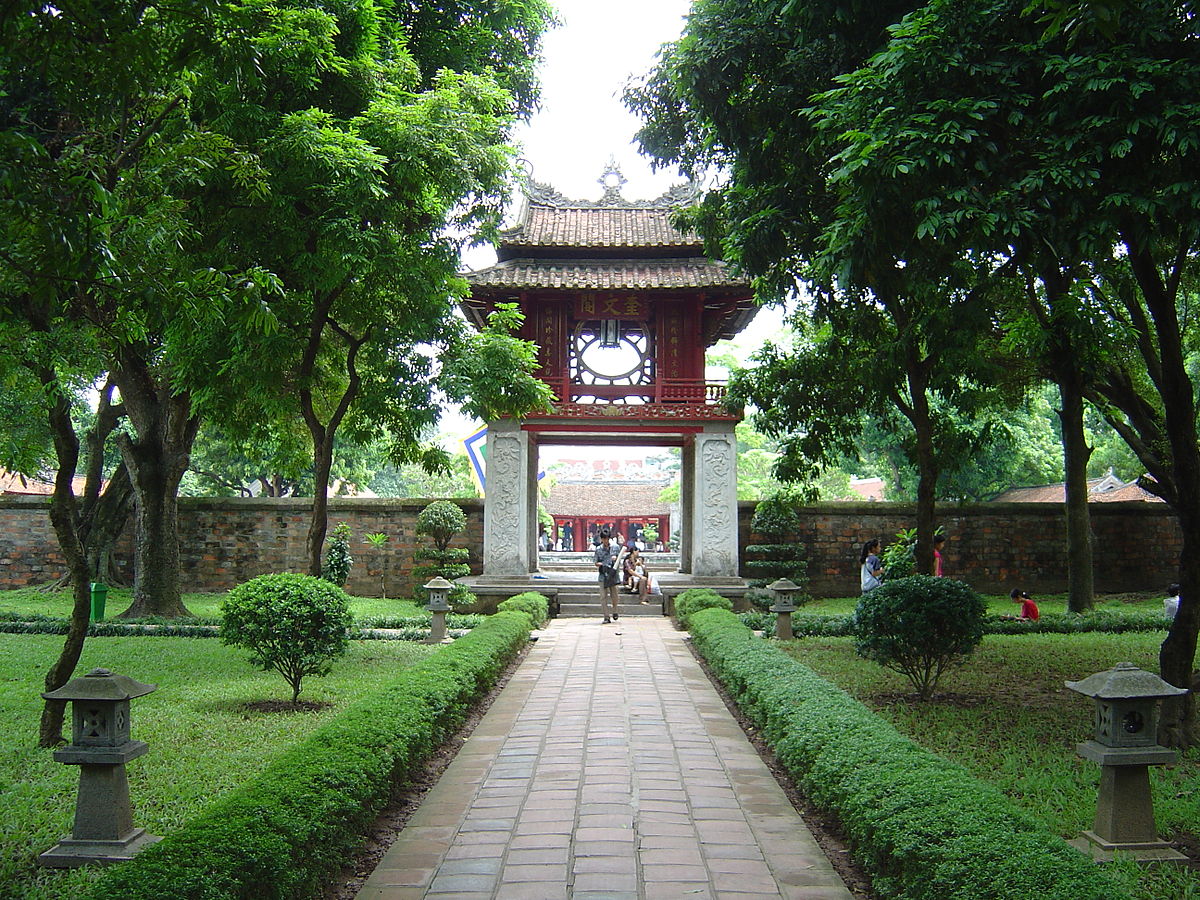 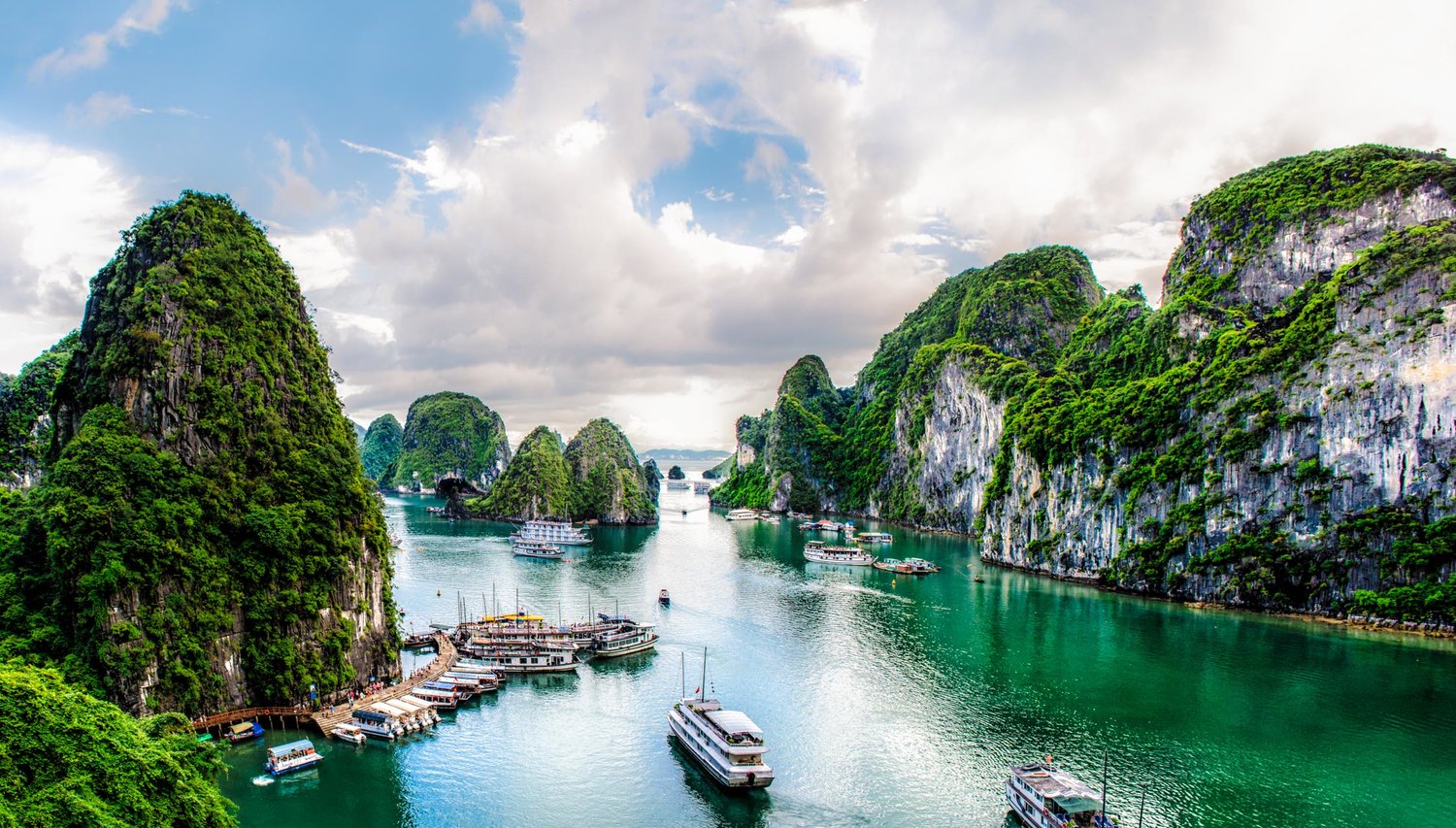 Indochine, a 1992 film on love and betrayal put Halong Bay on the tourists’ map. The ethereal landscape gives you a sense of lassitude from the sophisticated Hanoi and Ho Chi Minh City. A trip to the bay is more popular as a day out from the capital. Boats take you from the eastern peninsula of Halong City to a close proximity of the bay’s UNESCO World Heritage zone.

The first sight is spectacular and gets staggeringly better as the seascape reveals some 1,600 limestone islands and islets in the Gulf of Tonkin trapping millions of years. The rock formations rise dramatically in conical peaks and are still latent in the populist tourist world – thus retaining its natural flora and fauna wonders. From local junk boats to luxury cruises, there are many adventure tours for the tourists.

Vietnam is one of the very few remaining communist countries on the world map, and a compelling destination, to say the least. Ravishing sandy beaches, fascinating cities, majestic mountains and national parks and stupendous national cuisine – all of it make the country one of the most panoramic destinations for both business and leisure travelers.

Plan the perfect holiday to Vietnam with your friends and family on MyTripKarma – The one-stop-solution to all your travel needs, allowing you and your tripmates to collectively plan, discuss, budget and book all your trips with the best prices from around the world!

“It’s more important to be a traveller than a tourist” believes Shreya Goswami, presently working as a travel journalist and travel content writer in a popular international ezine. While remaining updated with the latest travel events and technologies, she loves connecting with the readers by sharing her travel experiences through blogging and photo features.

Error: (#10) This endpoint requires the 'manage_pages' or 'pages_read_engagement' permission or the 'Page Public Content Access' feature. Refer to https://developers.facebook.com/docs/apps/review/login-permissions#manage-pages and https://developers.facebook.com/docs/apps/review/feature#reference-PAGES_ACCESS for details.
Type: OAuthException
Code: 10
Please refer to our Error Message Reference.